The cylinder head is the most important area to consider by the serious tuner. Contact an Expert at the SAC Branch near you if you have questions about cylinder head performance conversions.

Cylinder heads will always be the key component of performance enhancement packages on any normally aspirated or diesel engines on motor cars, trucks / bakkies, SUVs as well as bikes. 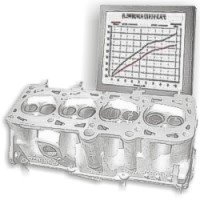 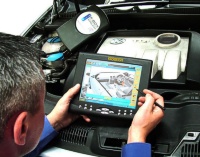 Its design has more bearing on the end result, performance-wise, than any other component of the high-performance on motor car engine.

There is no way in which increased horsepower can be obtained if the head won’t flow efficiently, and in turn burn that air / fuel mixture efficiently.

Many tuners go to extremes, cramming as much air into the cylinder as possible, only to have a combustion chamber that won’t burn the mixture efficiently. Airflow figures tell very little about how well a head has been modified.

There is no point in getting a lot of mixture into an engine unless you can manage to burn it at the right time, and if you try too hard to get high flow figures, you can easily end up with a combustion chamber that won’t burn effectively. A gas flow rig is an aid in head development, but it is possible to look at a port and decide whether or not air would like to flow through it. A port that is nice and straight and has no projections will generally flow well. Until recent times many engines had a head design so horrible that to create an improvement was relatively simple. It has always been thought that there is a direct relationship between high airflow numbers and high power output. In principle this theory sounds correct, but in practice it does not always work out that way. At one time a factory racing department chose the best high-performance heads from the production line for modification. After being ported, each head was flow checked.

The heads that recorded the best results were kept for the factory racing team and the supposedly inferior heads were sold to selected privateers.

The interesting thing is that on the dyno, the engines with the heads that produced the best airflow figures actually recorded power outputs no better than engines with average flow heads. After this discovery the factory tested all their heads for power output before any were released to the private teams, and they found that some of the “average” heads they had been selling produced the best power. If the valves are enlarged and the ports are hogged out to the limit, you will get increased power. It is amazing how many people are trapped by this fallacy.

Find the workshop in your area.